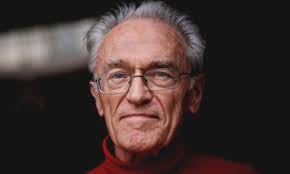 A brief outline of his work with linkscan be found at: http://en.wikipedia.org/wiki/Peter_Townsend_(sociologist)

This paper was given : Nov 11 2004 Department of Sociology, Essex, 40th anniversary

Note: abstract only below. The full paper can be found under ‘Memories’ (above)

The development of sociology at the University of Essex is in many ways the recent history of the subject in Europe. After the sweeping claims for the subject in the 19th Century there was little consolidation institutionally by the time of the foundation of the new universities in the mid -1960s. Essex was in the vanguard of a new professional, scientific and international approach to the subject and the early years of the establishment of the department in the University illustrate both the internal debate about the scope of the subject and its intellectual priorities and the external interpretation of its role and functions -which was sometimes hostile and often uncomprehending or dismissive.

The scrutiny of that early history of the subject at Essex (and at some of the other new universities) helps to reveal the innovations which were made to address fundamental intellectual and social questions. That collective work represented a major contribution to national and international culture. Representatives of the subject played an honourable and constructive role during the periods of political unrest at British universities during the 1960s and 1970s, although that role -and its longstanding contribution to the vitality and liberal values of university life – remains to be pro

This entry was posted on August 13, 2012, 6:26 am and is filed under Former staff, Obituaries. You can follow any responses to this entry through RSS 2.0. You can leave a response, or trackback from your own site.